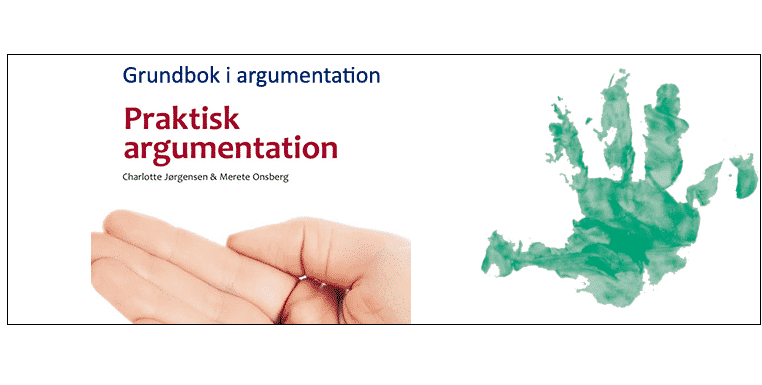 The following collection of articles focuses on women’s rhetoric and is a result of a research collaboration initiated by Örebro University and the Centre for Rhetoric Studies at Cape Town University. The project Women’s Rhetoric in South Africa and Sweden. A Comparative Study in Democratic Deliberation was partly financed by NRF (Project 2067557) and SIDA (SRP-2003-003) and headed by Brigitte Mral and Philippe-Joseph Salazar. The editorial material is based on empirical studies undertaken by scholars from both universities. The aim of the project has been to compare female politicians’ and organizations’ deliberation in order to study rhetorical strategies and gain insight into the use of language in the differing cultural contexts of South Africa and Sweden.

Historical background and outline of the project

The question of the “regendering of rhetoric” has undergone radical development in the past twenty years, leading to a diversification of rhetorical theory and practice concerning democracy and deliberation. South Africa’s consolidating democracy stands firmly by its constitutional principle of non-discrimination on the basis of gender as well as a sustained policy of gender redress. Sweden has a long tradition of women’s active involvement in the public sphere. The aim of the research was to study spheres of public deliberation in two historically contrasted yet fundamentally analogous democracies, from a rhetorical standpoint. The articles explore the practice of public deliberation and gender so as to arrive at a clearer understanding of how women deliberate and interact with male-centred deliberators in the sub-spheres of political argumentation, community debating and popular media rhetoric.

The project focused on two areas:

1. Women’s rhetorical leadership in politics
In Sweden, women nowadays make up almost 50 % of the members of parliement, and hold several of the senior party posts. There is a long tradition of efforts to establish gender equality in Sweden, starting in the 1930s with Alva Myrdal and other female politicians. The public role of women over the past 20 years has shifted from a demonstrative adjustment to standard male patterns of argument and deli­very styles to a palpable feminization and individualization. In South Africa, both Houses of Parliament have at present female Speakers; and there is a notable cohort of female MPs, Coun­cillors, and Provincial Legislature Members. The cabinet itself also includes a remarkably high percentage of women. This first area of research aims at reaching overall conclusions – on individual rhetorical strategies, on women’s rhetorical choices in situations where male dominance is no longer evident, and on how women politicians are perceived as public deliberators.

2. Women’s rhetoric at grassroots level
Since the beginning of the 20th century, community deliberative practices actively have been promoted in Sweden. Discussion groups were esta­­blished by women to teach each other how to develop public speak­ing and debating skills. Grassroots rhetoric continued throughout the century, not least during the emancipatory movements of the 1970s. In South Africa, the Struggle for Liberation witnessed a remarkable growth of grassroots rhetoric: Black women in church organizations, white women in debating circles (leading to the Black Sash movement that, symbolically, had to resort to “silent” protest, and gestured rhetoric), and women organizers in trade-unions. In short, a strong, contentious, living system of grassroots deliberation was thriving during the collapse of apartheid. What characterizes these initiatives seems mainly to have been a focus on what Habermas calls communicative action, i.e. a consensus focused, egalitarian form of communication aimed at the development of common lines of action in the public sphere.
Since women’s voices have been suppressed for a long time and have had many barriers to break through, women have often developed advanced techniques to enable efficiency. The study of women speakers therefore widens the theoretical horizon of rhetoric. Turning the perspective of rhetoric vis à vis democracy studies from the rhetoric of the do­minating part to the rhetorical strategies of the once dominated elements also opens our eyes to the democratic potential of rhetoric. This project on Swedish and South African women deliberators has a direct bearing on such a debate.
The project wishes to make a significant contribution to rhetoric studies by providing historical, theoretical and practical analyses of women as deliberators. This enables a transition from a seemingly neutral approach to a more open and flexible theory, which abandons what Bourdieu calls “the necessary denial” of rhetoric, i.e. the exclusion of everything that does not fit into the white, male, agonistic pattern for public argumentation and popular deliberation.
The methodology used has been a mixture of historical research, interviews and rhetorical criticism.

The book is divided into two sections. The first section comprises articles regarding female politicians’ deliberation and their rhetorical strategies for exerting influence. The opening article, written by Brigitte Mral, highlights how contemporary women politicians have become successful in the construction of their public roles and how these professionals gain acceptance both as women and as authorities. Mral explores aspects of modern international research on women’s rhetoric and provides examples from current Swedish female politicians. The article concludes with a look at general characteristics of public discourse in Sweden today. Maja von Stedingk Wigren, continues with the Swedish perspective by studying the feminist party “Feministiskt Initiativ”. von Stedingk Wigren investigates how the new party was established on the political scene, what rhetorical strategies it employed and how it positioned itself rheto­rically. The following article, written by Helena Hansson Nylund, focuses on the South African politician Nosiviwe Mapisa Nqakula, leader of the ANC Women’s League. Hansson Nylund examines perspectives of power structures and rhetoric with a hierarchical view that perceives rhetoric as a persuasive struggle, and an egalitarian outlook mainly furthered by a feminist analysis of women’s rhetoric. The two perspectives, described in terms of horizontal and vertical attitudes, provide insight into the guiding principles of political rhetoric. Aditi Hunma, who is the author of the third article, assesses three South African women as rheto­rical agents. Hunma highlights how public argumentation justifies past actions in order to persuade public stakeholders to act and to construct a positive persona. The report leads us through a discussion of how media constructs female images, and the significance they place on gender in particular.

The second part of the book is that of a grassroots perspective. The opening article is written by Nicole Borg who studies the non-governmental organization GAP (Gender Advocacy Programme) and its search for effective rhetorical strategies to eradicate gender-based violence in a South African municipality. Borg analyses in which way the organization persuades stakeholders to position the issue higher on the political agenda. The final study, written by Gunilla Malm, focuses on the rhetorical strategies employed by a feminist grassroots organization based in Sweden. Malm directs the spotlight on how the group handles a subordinate position when striving for equality between women and men, and how they work to persuade.
The final part of the book is a presentation of a DVD provided by Nathalie Rosa Bucher, Monique Bermeister and Catherine Morris, who filmed events in Cape Town around the annual “16 Days of Activism” against violence directed toward women and children. The final chapter introduces the speakers appearing in the film.

The book is far from comprehensive, and in the course of working on it we discovered that the issues are far too complex and multifaceted to be able to make straightforward comparisons between the two countries at this stage. The contribution of the book lies in its being a collection of case studies that hopefully can inspire others to continue the work we have started in this particular area of women’s rhetoric.

The individual contributions also vary in character depending on re­search interests and presentation preferences. Some of them are formal research papers whilst others are of a more journalistic nature. The DVD contributes with a visual documentation of female politicians in differing rhetorical settings. 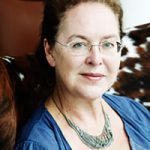