Spring til indhold
Se kurv “Speaking on behalf of others” er blevet tilføjet til din kurv.

The ethical entailment of our language choice

(eKapitel) Should the valuation of rhetoric be based solely on efficiency issues, or is there an ethical side to it? And if we put an emphasis on the close relation between rhetoric and ethic, how is this valuation possible, which concepts and tools do we

Should the valuation of rhetoric be based solely on efficiency issues, or is there an ethical side to it? And if we put an emphasis on the close relation between rhetoric and ethic, how is this valuation possible, which concepts and tools do we have to judge others’ and own arguments? Is such an ­‘ethical rhetoric’ in conflict with a ‘creative rhetoric’ that perceives ethical issues related to situations and language, and therefore issues that are not possible to assess as normative? Anders Sigrell here replicates to Jose Luis Ramirez reflections on the doctoral thesis “To Convince Between the Lines” in the previous issue of Rhetoric Scandinavica.

After rereading the now 10-year old article, I must say I cannot do other­wise than agree with what is written. Since then I have become more and more practical oriented, turning more and more towards the teaching of rhetoric. One of hundreds and hundreds of definitions of rhetoric is “The art of ­speaking” (which of course is the short variant of Quintilian’s ”ars bene ­dicendi”). But, as Ramirez once put it, “You have to speak about something”. Seen from that point of view Rhetoric ought to pick up the fallen mantle of Philosophy and try to – in fact – be the subject for all other subjects, to help other subjects to think right and freely, and help them to communicate this. We use language while communicating with others and ourselves. Rhetoric is the subject that could help us choose language as constructive as possible (or at least as efficient as possible). From that angle the rhetorical vocabu­lary is nothing but meta-cognitive tools that enable us to reflect over the terms, conditions and outcome of a communication situation. That is one of the definitions of logos, the combination of language and thought. Remember the first sentence of The Gospel of John: In the beginning was logos. And ‘dialogue’ has nothing with ‘two’ to do: Through (dia) the language we reach the thought of others and ourselves. This understanding of logos I kind of miss in the article. Ten years ago I seemed to assume that logos meant ‘the logical content of a message’, not any more. But part from that I am proud of what I have written. 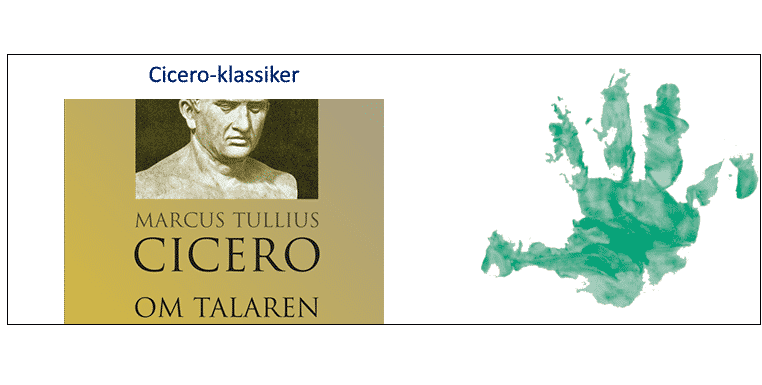 Anders Sigrell is Professor of Rhetoric at the University of Lund. His research interest involves argumentation analysis, the history of rhetorical teaching and contemporary rhetorical didactics.